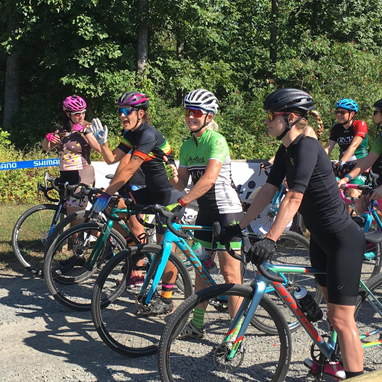 This month Proteus Velo Club visited two gravel races in Northern Virginia. First, on August 3rd, we tried out the Dirty Kitten, a new race held on a beautiful farm preserve a few miles south of Culpeper Va. It was a 20 mile circuit through the farm, with options for 20 mile (one lap), 40 miles (two laps), and 60 mile (three lap) races. Then on August 11th, we raced in the Cat 5 category of the Dirty BikenetiCrit, which is a two-mile gravel course at a Boy Scout camp in Haymarket Va.

The Dirty Kitten was super well organized, but it was an unexpectedly grueling course, with sections of loose gravel, deep ruts in some of the farm tracks, and a couple brutal 15%+ grade climbs/descents. We all bailed out a lap shorter than we signed up for – it was that hard. I will do this race again next year, but if it’s the same course, I will bring a full suspension mountain bike instead of a gravel bike, and I’ll sign up for a shorter distance.

The BikenetiCrit was just flat excellent all around. There were a series of 45-minute races in all the usual categories, ranging from beginners to experts. The course was fast and flat, and the services (including the lunch/beer tent sponsored by MORE) were excellent. Highly recommend for racers of all abilities – this is a great way to get a feel for racing on a fairly forgiving, open and uncrowded course.

Here are some pictures from both races, and then down below is Jeff T's race analysis from the BikenetiCrit! races he watched! 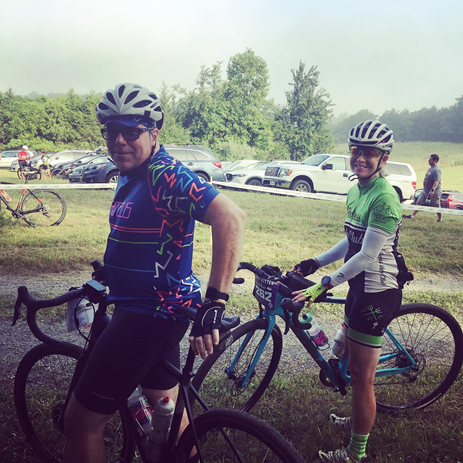 (Laurie and Eric S before the Dirty Kitten) 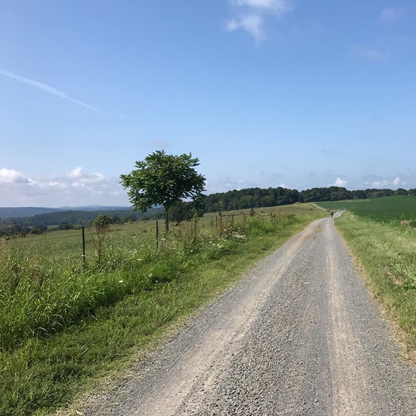 (Dirty Kitten view coming down from the big hill. This was one of the few places you could take your hands off the bars to take a picture, not that picture taking is really recommended in races) 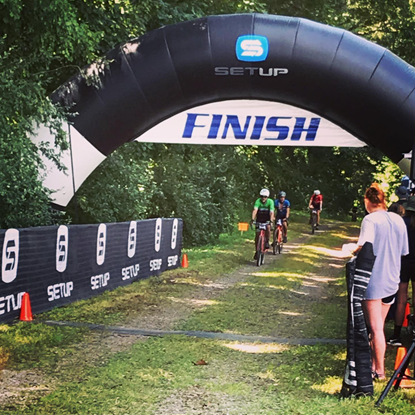 (Jeff limping in to the Dirty Kitten finish timer) 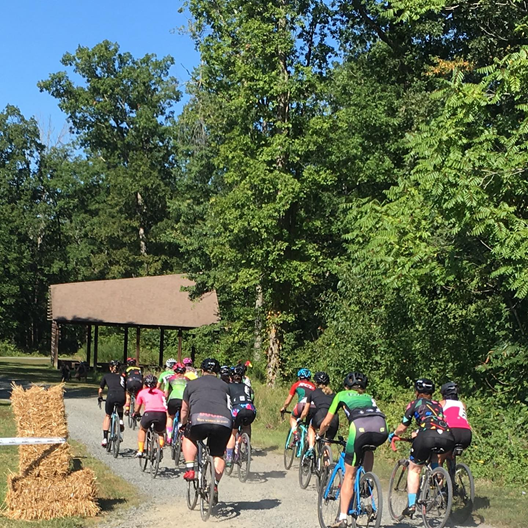 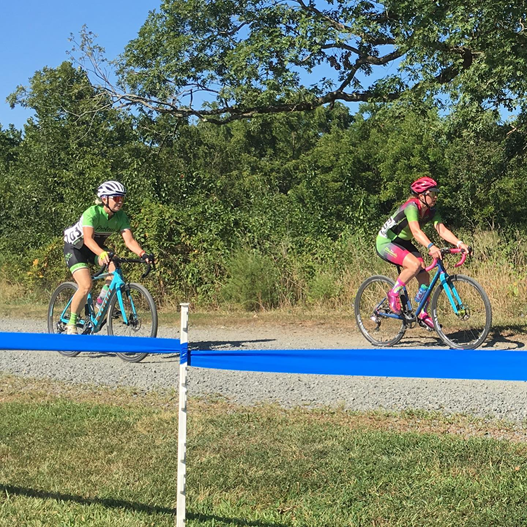 (Laurie started BikeneticCrit Cat 4-5 race cautiously but then gradually passed other racers mid-race. This is not a bad strategy for beginners, to get a feel for the race first and let things spread out before you test your limits!) 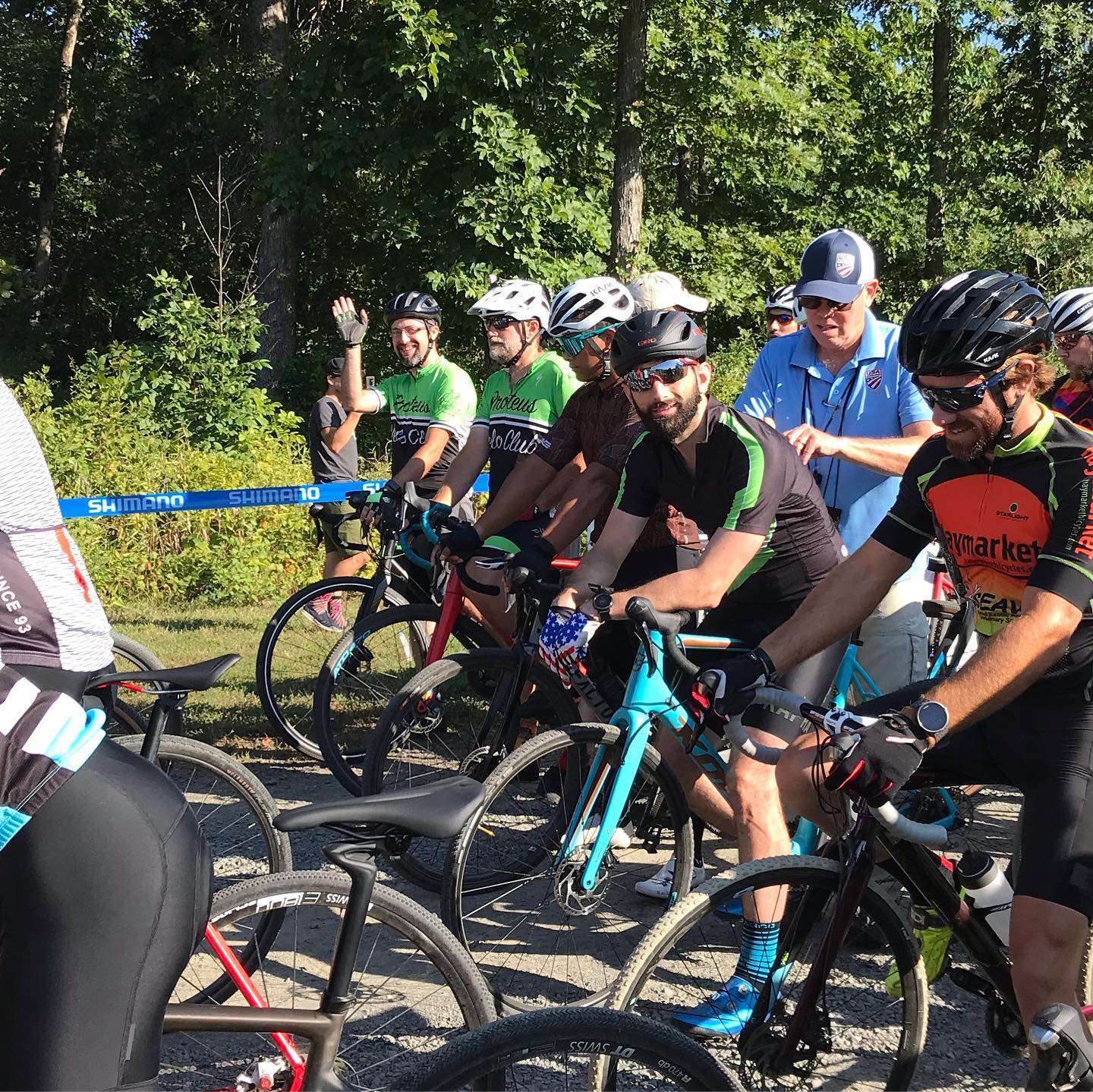 (Eric B and Jeff lining up for the BikenetiCrit! Men’s Cat 5) 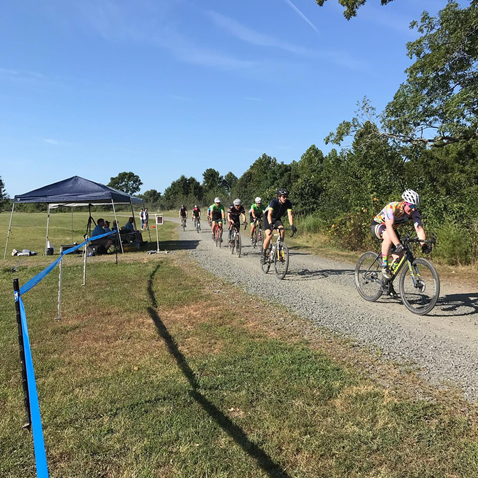 (Jeff and Jeff going past the Start-Finish mid-race) 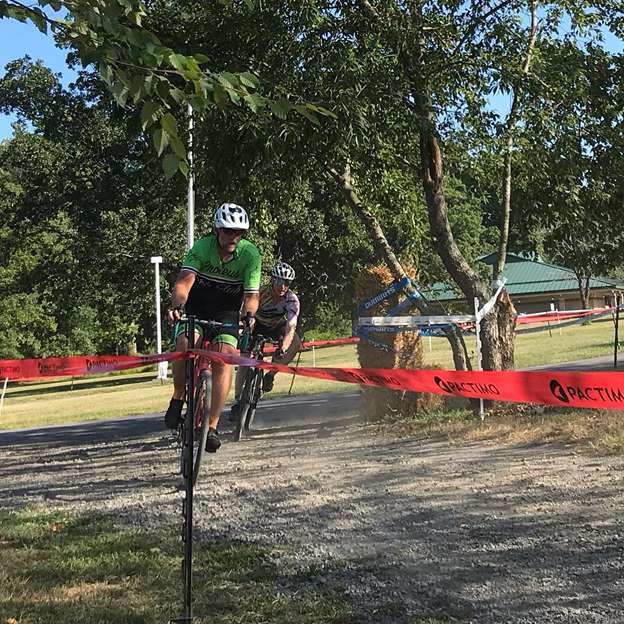 The women’s elite was a small field but had a fast and evenly matched group of about five at the front almost the whole time. Somebody from Vanderkitten led most of the race, but then sat back in the draft for a few laps and crushed the last two laps to win by about 20 seconds — pretty impressive and entertaining.

The men’s cat 4 played out a bit like cat 5. There were two packs in the first half of the field, with solo riders in between and a good number way off the back of the second group. The lead group had some serious roadies who won and then did the elite race. The “chase” group just sat back and waited it out until the last couple laps. I’d guess the top half of cat 5 would have done OK in cat 4.

I only saw the first few laps of the men’s elite, but it seemed like a roadie crit that happened to be held off road. Lots of boutique carbon and Ti bikes with minimal tires, nobody coasting, and nary a leg hair to be found.

It was a fun time!